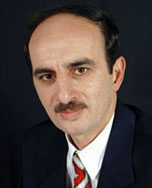 Gia Davitashvili has been serving for a Georgian Choreography for 50 years; he took his place in Georgian dance art from childhood and thoroughly learnt history of world dances.

After the graduation of choreographic studio, he became a leading soloist of Georgian academic ensemble “Rustavi” in 1975-1987 years, in 1987-1996 years he continued his career in Georgian national ballet studio “Sukhishvilebi” and visited many prestigious theatres in 67 countries. Gia Davitashvili founded children’s studio “Little Virtuosos” in 1990 year. Nowadays there are 320 children in the studio. First time ensemble was presented to Georgian spectators with 2 hours show “Little Virtuosos from Georgia” in 1993. During 22 years “Little Virtuosos” visited 31 countries and successfully presented 1050 solo concerts in world’s popular theatres.

He has a huge contribution to the promotion of Georgian choreography. With a big honor he was named as a “Envoy of Georgian Culture” by Tbilisi city hall.

Gia Davitashvili was awarded with "Medal of Honor" by president of Georgia. 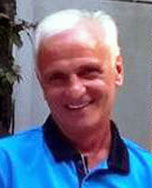 Sergo Mushkudiani is a high level professional and qualified personnel, who is delivering his knowledge and experience to new generations. He is a member of "Little Virtuosos" from 1995.

After graduation of choreographic studio, he started his activity in Georgian folk state ensemble "Rustavi" from 1974, where Sergo was a leading soloist during 22 years. He visited more than 60 countries and improved the melodies of Georgian dances.

He has been working in “Little Virtuosos” as a musician and drummer from 1995.

He has got a title of "Honored Artist of Georgia republic". 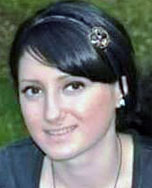 Natia Leluashvili was studying in Ballet Studio and after graduation, she started activity in Osetian state ensemble as an actress-dancer, where she was working during 2008-2011.

From 2011 she continued her activity as a leading soloist in “Georgian Legend” show ballet, visited many countries in Europe and Asia. At the same time she was studying in agricultural University on the faculty of business-administration and acquired a bachelor degree.

In 2012 she took a participation on casting as a future tutor in Little Virtuosos, she passed every step very well and has been doing her job successfully up today.

She is a purposeful and very fond of hard working, has a distinguished relationship with children and is really a professional tutor. 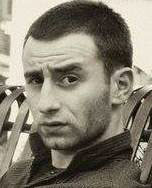 David Rokva was grown up in our studio and he is considered as a one of the best from the first generation dancers of “Little Virtuosos”.

After some years he became a leading soloist in ensemble. Besides, he was always distinguished with good behavior, hardworking and due to these characteristics, he was chosen as a tutor by our directors

In 2011-2014 he continued his job as a soloist in a show ballet of ensemble “Georgian Legend”, and during this time travelled in many countries of Europe and Asia.

In 2011 he was appointed as a tutor of “Little Virtuosos” studio, where he is continuing his career with a big responsibility. As a professional of his job, he has an exemplary relationship with children and is doing everything properly. 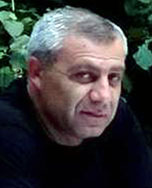 Gia Gurgenishvili is high level professional and qualified personnel with highest musical education, who is delivering his knowledge and experience to new generations. He is a member of “Little Virtuosos” from 1999.

After graduation of musical university, he started his activity on a professional stage from 1985. He visited more than 50 countries and thoroughly learnt all the melodies of Georgian folk dance. Gia was acting in all leading Georgian folk ensembles.

He has been working in “Little Virtuosos” as a musician - tutor from 1999.

He is one of the best in this job and has got many awards and titles.

Support and donations to LV are tax-deductible. Proceeds from this performance will go towards building and promoting the studio of "Little Virtuosos".